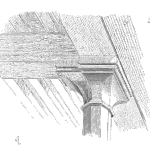 In those situations where we sample without replacement, meaning the odds change after each sample is drawn, we can use the hypergeometric distribution for modeling. Great, sounds like statistician talk. So, let’s consider a real situation.

While working with a component vendor on a new part, we agreed to conduct some testing. We agreed on the testing conditions and determined that if the 30 samples provided passed the test, we would accept the component and use it in our products. The vendor was happy with the test conditions and even helped to set up and conduct the test. They were very confident the testing would pass given their stated failure rate of 100 ppm (1/10,000 chance) given their internal testing and field history.

The total production of components, which provided the evidence that everything was alright, was about 500,000 units. So, the testing proceeded and found 28 of the 30 samples failed. Everyone involved was surprised at this result.

A lot of meetings, discussions, and failure analysis occurred. The 28 of 30 units were valid failures. Everyone involved accepted this result.

So, my boss received the argument that it was simply chance that the 30 samples drawn at random* and the 28 failures were due to simple random chance.

Having just learned about the hypergeometric distribution, I decided to calculate the probability of 28 of 30 units failing when the population of 500,000 enjoyed a 1/10,000 failure rate. Given the low failure rate, we would expect 500,000 * 1/10,000 = 50. Meaning out of all half million units there are only 50 units that are expected to fail.

This calculates the probability of exactly x successes in a sample of n taken from a population of N which contains m successes. For this problem we are defining the test failure as a success and we’re interested in the chance that a sample of 30, n, taken from the half million, N, which has an expected total number of ‘successes’ of 50, m, would result in exactly 28, x, ‘successes’.

This means there is a 1 in 10114 chance of this result if the population really does have the claimed low failure rate. We determined the test was valid and the argument of ‘random chance’ not plausable. We did not accept the new component into our application.

*truly random sample is very unlikely – most likely the samples came from a few lots that were immediately available. We are assuming the sample and lots are representative of the overall population.