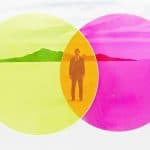 A common tool for comparing if two populations are the same is the “student t-test.”  This is often used in reliability, and science, if we want to investigate if a factor has caused a change in a respnse.

What are we really asking?  We are asking if the difference between the two failure rates is more significant than the natural 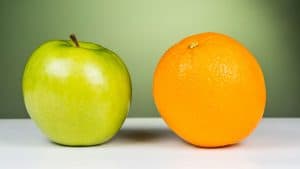 variability if we measured this several times at the same location.  Could the failure rate at location “A” be 5% next month instead of 4%?  This change could flip some people from having said that the populations “were different” to “they are not different.”  But all that happened was that we were able to observe the natural variability month to month at the same location.  In two months we may measure 4% again at location “A”.

We are effectively looking for a signal to noise ratio.  Is the difference between the populations just the noise due to a small population size and the expected variability?

A Descriptive statistic vs an Inferential statistic

A Descriptive Statistic only describes the sample we have.  This would simply be comparing the failure rates. We can say that one is larger than the other by 1.5% of the total population. This doesn’t tell us if our results are likely to happen again

An Inferential Statistics doesn’t just describe our sample.  It tells us what to expect in new samples we do not have.  This allows us to make inferences about the population beyond our data.  This is the t-test! This is a powerful tool!

The t-value is the ratio of variance between groups to variance within groups. (Remember:  Signal to Noise)

The bigger the samples the better the “signal to noise” ratio.  There are diminishing returns on this.  A good rule of thumb is 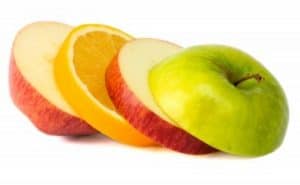 The t-test is a very helpful tool to be familiar with.  If you practice it you can do the calculations in Excel in two minutes (literally).  That argument that is happening live in a meeting…,  you can stand up, hold your hands out like you are stopping traffic, and say conclusively that “The answer is …” Then just sit back down smugly and wait for that promotion and raise to roll right in.

No Fields Found.
« Understanding FMEA Controls – Part 1
Top Down or Bottom Up – The Dilemma of Continuous Improvement »