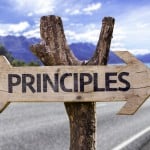 Leveraging the Value of Today

“Never mind your mistakes. One day they will become your most prized possessions.”
Abhijit Naskar

The Oxford English dictionary defines “Controls” as “a means of limiting or regulating something.”

What is the definition of “Controls” in an FMEA?

“Controls” are the methods or actions currently planned or already in place to reduce or eliminate risk. Controls can be the methods to prevent or detect the cause during product development, or can be actions to detect a problem during service before it becomes catastrophic.

Prevention-type design controls describe how a cause, failure mode, or effect in the product design is prevented based on current or planned actions; they are intended to reduce the likelihood that the problem will occur, and are used as input to the occurrence ranking.

Detection-type design controls describe how a failure mode or cause in the product design is detected, based on current or planned actions, before the product design is released to production, and are used as input to the detection ranking. Detection controls are intended to increase the likelihood that the problem will be detected before it reaches the end user.

How are Controls identified in FMEAs?

The Design or Process FMEA team should consider what actions or methods are currently planned or in place that meet the definition of prevention or detection controls. Discussion should be limited to those actions or methods that will take place without anything being done differently by the FMEA team. If the FMEA team believes that something needs to be done differently, they should recommend the actions as part of the FMEA.

Why is it important to limit entries in the Controls column to currently planned actions or methods? Because the occurrence ranking depends in part on the entries in the prevention column, and the detection ranking depends on the entry in the detection controls column. Putting actions or methods in these columns that need to be done differently will skew the risk rankings, and miss out on the project-management benefits of Recommended Actions, such as person responsible and target completion date.

What is an example of Design FMEA controls

What is an example of Process FMEA controls

When identifying controls to enter into your FMEA, it is important to realize that these are the currently planned controls, not controls that have yet to be established or that will be changed. The idea is to list the controls that are in place or will be used if no changes are made to current program plans. If the FMEA team wishes to add, modify or delete design or process controls they should use the recommended action column.

If no prevention or detection controls are applicable for a given failure mode/cause, the FMEA team should leave the corresponding column blank.

In the next article, we use problems and solutions to learn about FMEA controls. In one of the problems, we continue examining the door latch-pin failure of the DC-10 cargo door, as an example to identify FMEA controls. In the advanced problem, we analyze a fictitious FMEA relating to potential safety of someone trying to unjam a snowblower.

« Driving Performance Outcomes Through Effective Meetings
Is This The Same As That? »