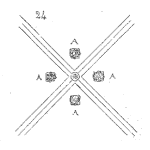 Mechanical systems wear out and fail eventually. The ability of a structure to support a load, move through the specified range of motion, or spin degrades with use and time. Even our joints eventually wear out.

Accelerated life testing (ALT) has plenty of literature concerning the failure mechanisms unique to electronic components and materials. This is partially due to the limited number of unique electronic components compared to the often custom mechanical designs. ALT also has value as it provides information about a system’s reliability performance in the future.

Let’s explore an example of mechanical reliability testing (an ALT)  in order to outline a basic approach to ALT design and analysis.

The solution was to create extruded strips that could simulate different surface finishes, such as wood, metal, or a wide range of custom textures. The advantages of using a polymer included

It was the last feature that also created the field reliability issue.

The panels were stapled to a wooden frame which was then attached to the hot tub structure. The staples would come loose over time. The daily temperature changes and the polymer coefficient of thermal expansion (CTE) difference from the wood and hot tub frame would eventually work the staples loose. The panels would fall out of alignment or fall out completely.

Not the durable solution desired.

The desire was to create a mechanical reliability testing procedure that would speed up the daily temperature swings and resulting stresses across the staples or other possible attachment methods.

Placing panels or entire hot tubs into thermal chambers was cost prohibitive. Creating test panels on hot tubs and locating outdoors, even in high daily temperature swing areas like a high altitude desert, was time prohibitive. The current solution did not fail till close to two years since installation.

We have a goal: Test attachment solutions using the polymer siding and existing frame to find a solution that will remain intact with 99% probability over 10 years.

We have constraints: No thermal chambers nor outdoor ambient based temperature testing. Also, would like to have a test process that would take less than a month, preferably shorter, to replicate 10 years of normal use.

What would you do?

How would you select the right ALT approach for this situation?

The failure mechanism is the attachments experiencing relative motion due to the CTE mismatch between the polymer and frame which either fatigued the metal stable to failure or mechanically loosened the attachment to failure.

Temperature is not the only way to replicate the motion and resulting stress across the attachment. Let’s either measure or calculate the amount of motion the polymer causes, then create a fixture to mechanically cause the same travel (or desire to travel).

Leaving a number of panels free of any constraint we carefully measured the lengths at different temperatures creating a relationship between length and temperature. The team had daily outdoor temperatures for the areas with the most complaints about siding failure, so we use those temperatures and the experimentally determined relationship to determine the distance the panel would travel or indirectly the amount of force exerted across the joint.

The team assembled a fixture that held the siding panels on one end as if attached to the hot tub frame. The other end was in a jig that with a throw of a level would move the panel a fixed distance replicating the expected daily temperature swing induced distance. The panels were constrained from bowing or flexing thus maintaining the strain across the attachment system.

The field data suggested the current attachment method using staples would fail in approximately 700 to 800 cycles.

The first set of samples all failed between 773 and 842 mechanical cycles. Close enough for the quick test to suggest the mechanical reliability testing approach would replicate the field stresses reasonable well.

Each mechanical cycle equated on day’s worth of temperature induced stress.

What was the necessary mechanical cycle time dwell under load to replicate the damage caused by the daily temperature change?

Applying the releasing the stress too quickly may not allow time for the damage to the attachment to occur. The initial testing did match the field cycles to failure fairly well and the dwell time was approximately a minute, therefore the process was set to include a one minute dwell time.

In this test development, the damage across the staples occurred nearly instantly, thus there was little need for further exploration of how the failure mechanism behaved under load. Your situation may be very different and require further experimentation to refine the test cycling process.

Another concern was the mechanically induce heat caused by the loading/unloading cycles. A thermal couple near the staples showed no change from ambient even with fairly rapid 10 cycles load/unload cycles. Plus, the visual inspection of the failure sites (fatigued and fractured or loosened staples) did not see any indication of polymer melting.

The ALT design should replicate the damage that occurs in normal use as closely as possible.The failures seen during the initial testing closely resembled the failures of fielded systems.

Therefore, at this point, the mechanical motion jig was deemed ready for ALT use.

The Reliability Testing and Results

There were two rounds of experiments.

The first was to only explore possible attachment solution candidates. Staples of different lengths, nails, wire stitching, bolts (least preferred due to cost of assembly), and others all enjoyed a turn on the rack.

Each attachment method had 10 siding panels created and tested till the first panel failed. Some failed relatively quickly while a couple did not have any failures for 3,650 cycles. For the first round, we stopped the testing when there was a failure and recorded the number of cycles to failure or the cycle count reached 3,650.

In this case, there were two possible solutions (bolts and one other) that survived the initial round. Now we created 20 samples (individual siding pieces and attachment to a representative frame) into two panels of 10 pieces each. Then tested till at least 10 siding elements failed.

A set of samples experienced a year of cycles, then another panel took a turn on the rack. All four sets of samples received years worth of cycles in a rotation. The initial failure occurred with the preferred attachment method (which will remain the companies secret) with the equivalent of approximately 13 years of daily temperature induced cycles. The bolts with slots to accommodate the siding motion did not show any failures out to 17 years of cycling when the preferred solution experienced the tenth failure.

The cycles of failure data for the 10 units and 10 right censored units allows us to fit a Weibull distribution and estimate the probability of success out to 10 years of thermal cycling (recall one test cycle is being considered equivalent to one cycle in normal use).

The resulting analysis showed the new attachment method had a 90% confidence of at least a 99.2% reliability at 10 years of thermal cycling.

The reliability testing was not perfect.

ALT is rarely perfect as we are using increased stress or cycles of use per day (in this case) assuming the results will match the experience under normal conditions. In the lab, we did not experience the full range of environmental stresses. The humidity and temperatures remained nearly constant, along with the lack of UV, water, cleaning agents, and choline exposure which may have a contributing factor the eventual failures.

In some cases, such as this one, a simple test can provide a means to compare solutions allowing the team to select a robust solution that out-performs other potential solutions. The ALT results are only part of the engineering and management decision to select a solution.

Cost, ease of assembly, weight, aesthetics, and many other factors also contribute to the final section of a solution.

The testing in this the case of the hot tub siding most likely helped the team make a good decision with a few weeks of testing. It will take 10 years to know if it was the right decision.