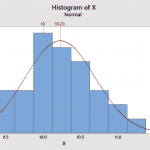 In addition to variation, data bias needs to be considered. This bias is created by systematic measurement errors.

Recall that a frequency histogram shows that measurement data is spread about a center value. During calibration, a gage is used to measure a known reference standard that is traceable to a national standard. When the measurements are repeated, the data will show some variation. When the data shows a bell shape about a center, the average is a good indicator of the center. The difference between the average and the reference is called bias, calculated as

This can be easily illustrated. Consider the case where a standard gage block with a reference value of 10 (units) was measured 30 times by a single appraiser and the values recorded. The average of the measurements should be about 10, however the data statistics show a sample average of 10.23 and sample standard deviation of 0.4635. To visualize the data, Minitab was used to create a histogram of the data with normal distribution. Then, the reference value of 10 and the data average of 10.23 were added to the chart. 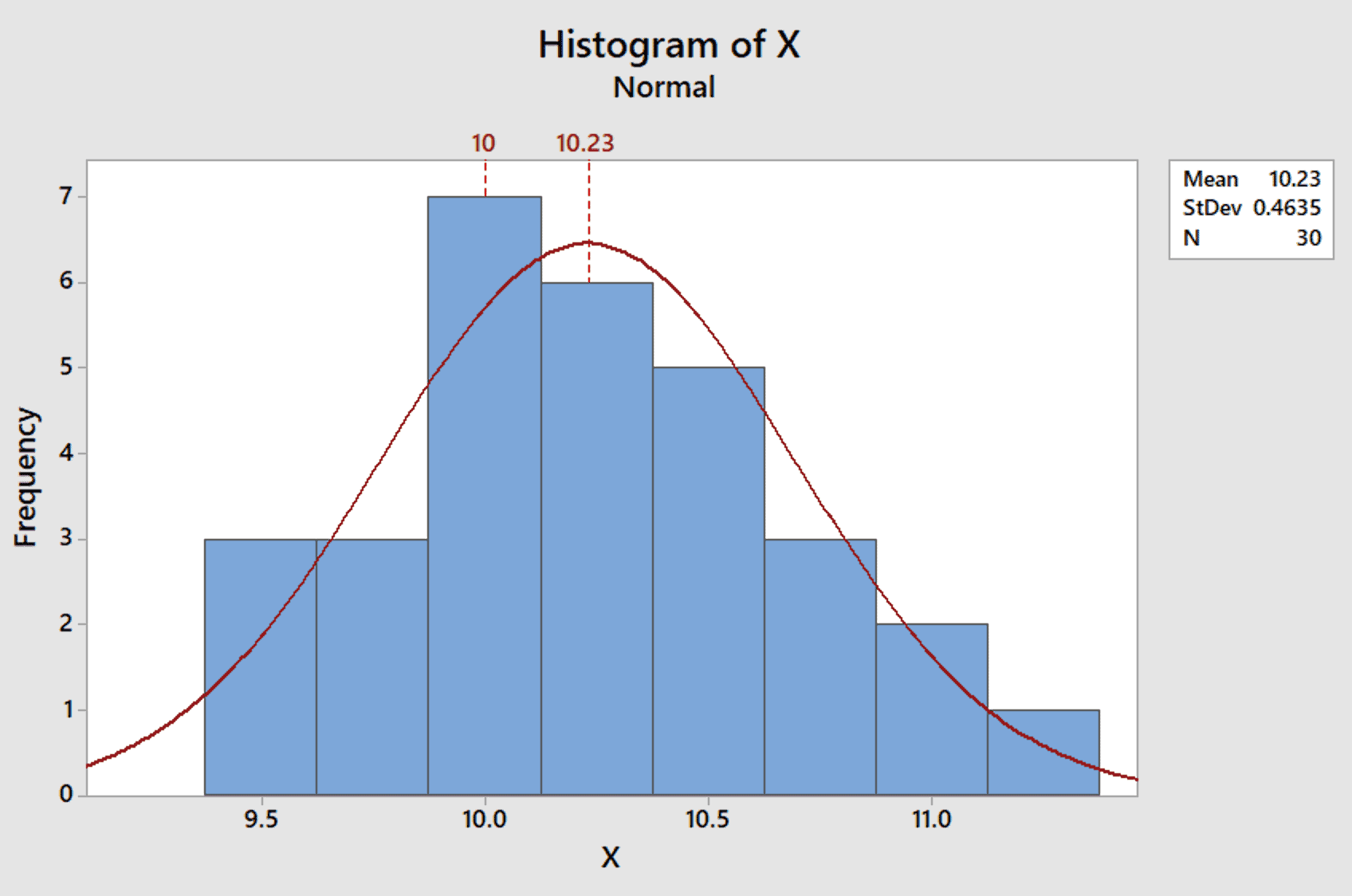 Using equation 1, the gage bias is 0.23, but this could be caused sampling errors. Note that 10 and 10.23 are both contained within the spread of the data.  So how can the significance of the bias be determined?

With this data set, bias was positive, but in other situations, the bias could be negative. Any significance test should consider both cases.

The sample average $-\bar{X}-$ follows a t-distribution. If $-H_O-$ is true, then the t-statistic is

Using a table of t-values and a 90% confidence interval, the critical t-value is 1.70. The sample t-value was 2.718, so the null hypothesis $-H_O-$ is rejected. This leaves us with the alternate hypothesis $-H_A-$. One would be justified to apply a correction factor of -0.23 to the data collected by the gage.

Linearity describes the bias over the gage measurement range. It is discussed in Measurement System Gage Linearity. Stability is the change in bias as the gage ages. This will be discussed in a future article and a link provided here.