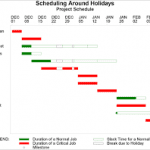 After the sponsorship and training are in place and resourcing is defined, there is still no guarantee that any investigations will get done. (See the end of the article for links to the blogs about these needs) This is where the definition of insanity applies – “doing the same thing over and over – and expecting different results” – so something must change. If there is no reason to perform an investigation, then things will continue to happen as they always have. END_OF_DOCUMENT_TOKEN_TO_BE_REPLACED 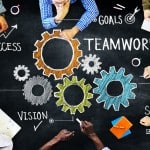 A Plan to Provide Program Resources

Sometimes we get so used to managing without things that it becomes the way things are done. An astronaut giving a presentation at a conference I attended referred to this as “normalization of deviance.” In other words, we get so used to the way things are, that either right or wrong, they become the norm! Unfortunately, the obvious is many times ignored – because it is obvious. If you intend to have a sustainable Root Cause Analysis program, then there are things that must be done. People must be trained, reports must be written, analyses must be performed, and progress must be tracked and reported. Until a program becomes self-sustainable, it must continue to be driven. END_OF_DOCUMENT_TOKEN_TO_BE_REPLACED

As with other programs, an RCA program needs to be driven from the top and supported through all levels of the organization. This includes upper management, supervision or mid-management, and those on the front line doing the END_OF_DOCUMENT_TOKEN_TO_BE_REPLACED 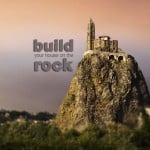 This is the first in a nine-part series of articles. This first one will lay out what I think are essential characteristics of an RCA program. The other articles will follow up on each of the items in some detail.

END_OF_DOCUMENT_TOKEN_TO_BE_REPLACED 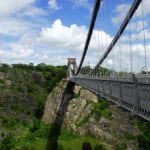 Have you ever felt overwhelmed with too much to do? I imagine most of us have struggled with time management at one time or another. There are just too many things on our plate, and they never go away.

Some may attribute this burden to their life, or perhaps they are inefficient time managers, or something else. Regardless, I doubt many enjoy the feeling or the situation.

If only we could walk across the bridge to self improvement and be enlightened.

END_OF_DOCUMENT_TOKEN_TO_BE_REPLACED 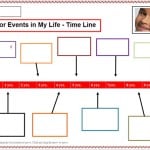 RCA Templates Can Be Used

In my last article,  RCA Templates Use or not?, I discussed templates and suggested that while beneficial for many things, they may not provide as much value for those doing RCA’s.  This is because for any specific effect, the variability in the cause tree is significant and difficult to predict.  This doesn’t mean that there are no options to utilize templates to help speed up the process, but perhaps not in the way that people might be used to. END_OF_DOCUMENT_TOKEN_TO_BE_REPLACED

What is a template? Merriam-Webster has two definitions that seem to apply to RCA work. They are: 1) a gauge, pattern, or mold (such as a thin plate or board) used as a guide to the form of a piece being made; 2) something that establishes or serves as a pattern. For our discussion let’s use the second. END_OF_DOCUMENT_TOKEN_TO_BE_REPLACED 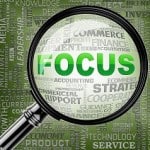 I read an interesting article from Heinz P. Bloch entitled “6 Successful Strategies for the Not So New Challenges of Today”, which is available at Reliability Web.  Heinz has been around for many years, and I suspect that his readers have heard him speak or read most of his articles.  In my opinion, his insights have always been spot on and based on time-tested blocking-and-tackling, using simple techniques.  In the article, he started out with the following:

END_OF_DOCUMENT_TOKEN_TO_BE_REPLACED 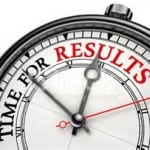 Here is a diagram I generated when I was in the reliability group at my facility.

It came about because I was trying to identify why we may not be showing the value that was expected from the reliability improvement work we were doing. END_OF_DOCUMENT_TOKEN_TO_BE_REPLACED 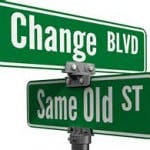 The goal of a reliability initiative is to save money, not to “install” a system.

If that is not your current goal, then how did it get changed?   Change sometimes happens slowly, so slowly that we don’t notice it.

I’m reminded of a fable about a camel and a Bedouin.  It is cold outside and the END_OF_DOCUMENT_TOKEN_TO_BE_REPLACED

Root cause analysis is one of the fastest ways I know to achieve this improvement.  My boss used to say “show me the money” because he realized that upper management was driven by ROI (Return on Investment) or ROC (Return on Capital).

You can argue all you want on whether that is good or bad, but it is the way things are. END_OF_DOCUMENT_TOKEN_TO_BE_REPLACED 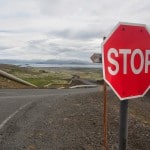 Recently there was a power outage, that caused approximately 2,000 homes to lose power during a very cold day.  The paper headline read, “All-day outage caused by worn wiring”.

This seems like a reasonable comment and probably like many other newspaper headlines also seems to go a long way to explain what caused the 2,000 homes and business to lose power for 5 ½ hours, and the 300 that lost power for a total of 11 ½ hours. END_OF_DOCUMENT_TOKEN_TO_BE_REPLACED

After you have defined a failure and recorded them appropriately, you can plug the numbers into the reliability equation, R = e ^-(λ*t)  where λ is the failure rate which is defined as λ= 1/MTBF and come up with an objective value for the reliability. END_OF_DOCUMENT_TOKEN_TO_BE_REPLACED