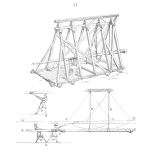 I was assigned to a new project at HP as a reliability engineer was to develop a rear projection, large screen TV.   As the project was being defined, I was informed that an Asian Original Equipment Manufacturer (OEM) would be developing and manufacturing the HW while HP developed the SW.  HP would own the service center support of field issues.  My role was to represent the customer and evaluate the reliability of the final product.

As I got into the project, I was surprised to find out that the OEM would not share any of their internal data on the HW and any history of similar systems they produced.  HP would be provided 30 prototype TV units to evaluate SW performance.  The reliability evaluation phase would get one (1) unit for testing.  This is a good example of the limitations placed on reliability studies for large, OEM systems where test samples are severely limited.

The approach I took was to:

Since I did not have access to a chamber large enough to handle a large screen TV (for thermal cycling) and the vibration table was located in the shipping area, I took the strategy of making the TV itself a thermal chamber (putting a heater into the air intake vent of the TV with temperature sensors to monitor the internal levels).  The TV (with heater) was placed on top of the vibration table allowing me to operate the TV while performing vibration and thermal cycling stresses simultaneously. Cameras were placed inside the TV to capture any changes real time.

Varying operation settings helped to maximize electrical operation coverage. Thermal cycling and vibration started at low levels and increased until a failure occurred.   When a failure occurred, the problem area was repaired, and stresses continued to increase.  This allowed us to find all marginal areas on the one unit.

Failures found were loose cables, flexing PCBs, and marginal components.  These results were fed back to the OEM.   Fixes were implemented making the TV design more robust to shipping and long-term operation.

Each project team member at HP (including the reliability engineer) was asked to take home one of the TVs during development and use it like they would their own.  The entire family was encouraged to be part of this test.   Feedback sheets were brought back to HP weekly.

The result was a combination of known issues (those the team was working on) and many unexpected issues that were added to the project deliverables.  Issues found were:

The use of the HALT and Home TV testing approaches helped to solve many issues before becoming customer experiences; thus, improving the overall TV performance.

« The 7 Myths of Transformer Reliability
Are You Planning Ahead? »