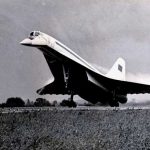 I was recently talking with my colleague Fred Schenkelberg from FMS Reliability (this conversation can be heard here), about a plane that he had never heard of. Most of the world hasn’t heard of it. And there is a reason you probably haven’t either. The plane in question is a case study on how to design something to fail.

The plane I am talking about is the Tupolev Tu-144 … but it is better known as the Russian Concorde. The early 1960s was saw the phrenetic start to the Cold War. The Soviet government announced it would be developing a supersonic passenger plane in response to the Anglo-French Concorde. And here is the first clue as to why the Tu-144 would never be a commercial success: the over-arching goal was to create a ‘geopolitical statement’ and not to produce aircraft to enter a competitive marketplace.

A basic internet search can identify many pictures and photographs of the Tu-144. And it is easy to see why it is referred to as the ‘Russian Concorde.’ Both the Tu-144 and Anglo-French Concorde look similar. Both aircraft have delta wings and long ‘pointy’ noses. Both noses pivoted down at takeoff and landing. But the differences between the two are within the fuselage. And these differences are substantial.

One of the many problems of ‘geopolitical statements’ is ‘geopolitical constraints.’ Soviet designers were not able to leverage expertise beyond the Soviet Union and its allies. Where the British and French Concorde design team were able to freely collaborate and use (for example) technology developed in the United States, the Tu-144 design team could not. They had to develop supersonic engines from scratch and in isolation. The Kolesov RD-36-51A engine they created was not efficient – one of the many prices that had to be paid to keep pace with the better resourced Anglo-French Concorde. The Tu-144 also needed an afterburner, with its Kuznetsov NK-144A turbofan (used during takeoff and maintain surge margin) was also one of the least efficient of its kind. The Tu-144’s theoretical maximum range was 5 330 km. The Anglo-French Concorde’s actual range was 6 470 km.

But inefficiency was not the main issue with the Tu-144. The Tu-144S (the main commercial model) flew a total of 102 very short flights before the program was finally cancelled in 1983. They logged a meagre total of 181 flying hours. But it experienced at least 226 failures – 80 during flight. The most spectacular failure was at the 1973 Paris Air Show. To be clear, there is still some speculation about what caused the crash. A French Mirage fighter was flying overhead, potentially trying to photograph the Tu-144. The Tu-144 either stalled, its pilots tried to outdo the Anglo-French Concorde which had just flown, or its pilots were startled by seeing the Mirage above their cockpit. The next thing that happened was a steep and potentially uncontrolled dive. When the pilots tried to pull out of the dive at full power, the Tu-144 broke up with wreckage falling on nearby houses.

This crash did not halt the program, but it dealt it a significant blow. And the Tu-144 kept failing. The risk of failure was so extreme that the lead designer (Alexei Tupolev) and Soviet vice-ministers had to individually inspect the aircraft before each takeoff. There are stories about pilots stuffing pillows into onboard warning sirens due to the constant state of system failure. Failures included things like cabin decompression through to fuel tank valve failure.

But perhaps the most ‘enlightening’ failure mechanism was fatigue cracking. Fatigue cracks appeared in many of the large Tu-144 parts machined from single large blocks of molded alloys. This manufacturing approach was internally trumpeted as an advanced feature of the Tu-144. But any metallurgist or third year material engineering student will tell you that this is a very, very bad idea.

Why? Molding metal is challenging. It is easier to make sure that there are no impurities in small pieces of metal. It is easier to cool smaller pieces more uniformly to ensure relatively consistent grain size throughout. And another benefit from using many smaller pieces of metal in an aircraft is that a crack in one piece cannot easily spread to a crack in another piece. So you effectively isolate the crack to a small piece.

But if you have a crack in a large piece of metal, it can eventually keep going from one end to the other. And with some of the metal components on the Tu-144 airframe 19 meters long … this is a big problem. And fatigue cracks that were many meters long were routinely observed.

So in 1977, the Tu-144 was pushed into passenger service with Russia’s airline – Aeroflot. This was not a decision supported by the airline – rather a decision forced upon it be the Soviet government. But even the politicians and their representatives tried to mitigate against the aircraft’s unreliability by limiting it to as few a routes and schedules as possible. This was around the same time that a clearly stressed design team made unprecedented requests to the British government for help on the Tu-144 design. The requests were uniformly rejected.

So balancing schedule and reliability (or quality) needs to be an informed one. The Tu-144 wasn’t even an 80 per cent solution. And while the designers knew this, they couldn’t do anything about it. Limiting the routes and schedules is like an ostrich sticking its head in the ground. But the laws of physics apply to everyone and everything equally.

So for anything you might be designing, ask what you are trying to achieve. Or more correctly, ask what your leaders are trying to achieve. If they are exclusively focused on making a geopolitical statement by flying your developmental aircraft in 1968, before your strategic competitor does the same, then that is what the leaders will get. And the Soviet government got this. The Tu-144 was the first commercial airliner to fly faster than Mach 2.0. But the Anglo-French team were not as focused on winning battles of prestige (or at least, not to the same extent). They lost the first race. But that was not the race that mattered.