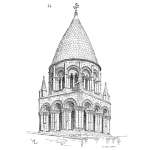 “Puttin’ wood in t’ole after ‘oss ‘as bolted“… this is actually English, it really is, and it’s a Yorkshire phrase meaning ‘shutting the gate after the horse has gone’.

How often are we wise after the fact?  How often is more time and effort spent focusing on the gate rather than retrieving the horse?  There is a tendency to try and find the person responsible for not closing the gate, requiring more people to check on gate closing, writing procedures for closing the gate and this is coupled with hours of pointless and misdirected discussions by every man along with their barking dogs.  But what about catching the horse that now runs free and ensuring it can’t bolt again?

Risk management works well on paper.  The 4 ‘T’s doctrine of ‘transfer’, ‘treat’, ‘terminate’, or ‘take’ is effectively applied and planned mitigation is included in a plan with risk owners assigned in the ‘risk register’.  When risks are manifested we assume that contingencies will be executed in a cool, calm and calculated manner.  But real life isn’t paper and, in reality, the expectation of a controlled management response degenerates into anger, agitation and anxiousness.  We then find that rather than dealing with the real problem at hand more effort seems to be spent on avoiding the issues, cover up the risk, passing the buck, and self-preservation.

In the grief cycle the first stage of reaction to bad news is denial, and the typical response to a risk is no different.  The party responsible, but who is also at fault, immediately denies any personal wrongdoing or error of judgement and pushes the blame onto somebody else.  They declare their innocence with impunity hoping for immunity.  They also quickly declare in the same breath that they are here to help and pull everybody out of the proverbial sh*t; they become self-appointed good Samaritans and potential knights in Teflon armour.

The ‘blamed’; this includes somebody and everybody, but anybody is fair game, and nobody is safe.  In a project or business situation only a very few people can deny any involvement, particularly when there are potentially hundreds of emails copied to all and sundry and which may have never been read. Somebody somewhere can always say “I told you so” and bring out an incriminating email lurking in an endless trailing electronic record.

When there are multiple signatories on a document the net of potential anticipatory blame is easier to cast.  There may be no ‘’I’’ in team but ‘i’ is for implicating the somebodies who were being ‘kept in the loop’.  They can be decidedly culpable whether they wanted to be or not.  Nobody is safe and the more important the blamed, the better.

There are many flow charts regarding something that’s gone awry and how to avoid any involvement or weasel one’s way out the prevailing mess.  The common thread is to get in with your version of the truth first while casting accusations of guilt and wrongdoing on others; and it’s essential to do it in quick-time.

Letting everyone know quickly implies that the announcer has nothing to hide; they are being honest and have a handle on the situation.  But how far from the truth is this…sometimes it’s true but oftentimes is merely disingenuous.  These purveyors of their own truth can then defend their truth which will, inevitably, be attacked and criticised by other parties who failed to get in with their story first.

Time and effort are then spent on the thrust and parry of attacking and defending ‘truth’ rather than addressing the real problem at hand.  Mudslinging with personal attacks can prevail which so easily distracts people as the ‘truth’ is debated.  Debating can become an effortless waste of time particularly if it becomes argumentative contradiction rather than reasoned and logical argument and addressing de-issue at hand.

It is said that “the truth will set you free” but if there is only a little bit of truth available does this mean there will be some freedom?  Unfortunately, the answer is ‘no’.  By only providing some truth people can be manipulated to believe in what they are allowed to believe.  Being economic with the truth allows a situation to be situated and look very different from actuality.

Manipulating elements of the truth for one’s own advantage is not lying per se; it’s paltering. Although ethically and morally questionable, paltering has been used for millennia and with great success.  Propaganda has enabled all of the people to be fooled by a few for a long time.

If a consistent story cannot be painted then dropping in snippets of conveniently ignored facts and providing a trickle-feed of truth, or even slightly off-white terminological inexactitudes, can certainly help.  Mixing up mutually exclusive information, while certainly truisms, will create confusion and focus attention on everything but the issue at hand; mission accomplished.

When a situation is so dire that everybody can see it for what it really is, it’s difficult to hide anything but as people say; “somebody somewhere is worse off”.  This ploy is not about compassion for those who are worse off but an effort to detract from any problems created.  In effect it’s an attempt to seek sympathy for those responsible for allowing the proverbial horse to escape.

However, it’s not about creating sympathy it’s an attempt to prevent people from complaining and hoping that their interest is shifted elsewhere; people can be so easily distracted.  Other people may be worse off and this message means ‘suck it up’ and ‘just deal with it’ as those responsible for a situation hope that those who have been affected will feel guilt, shut up, and not make a fuss.

“All’s fair in love and war” and, while pulling on people’s heart strings is emotional blackmail, when it comes to cover ups, self-preservation and avoiding blame…anything goes.

When real risks are realised we find that people are cajoled and coerced by politicos and ‘bosses’ into believing that risks are being managed.  These ‘real risks’ are a problem which can be either covered up, camouflaged, redefined or even ignored.

Emerging situations are spun into a palatable and digestible truths that allay potential panic and keeps those affected at bay.  Collective arses are covered as risks are ‘managed’ but the real problem is ignored; a far cry from a conventional approach to risk management.

When the repercussions of a badly managed risk are finally revealed, and those clever enough to avoid the limelight of suspicion and blame have escaped, those that remain must endure any witch-trial that is convened.  Unfortunately, innocence and guilt are determined using the time honoured ducking stool – innocent if you drown, guilty if you float…somebody will eventually pay for risk management whether you have it or not.