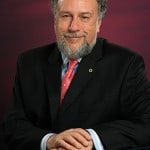 Though I will include one interesting note about medical devices, on the October 20th episode of 60 Minutes former VP Dick Cheney admitted that he had the external programming capability for his defibrillator turned off to prevent it from being hacked.  So, even as people question the possibility of this occurring we have a real world example of the steps taken to prevent this from happening.  Think risk mitigation.

Now on to space tourism, a few years ago the only access to space for non-government astronauts was to cut a check for $20 million dollars (USD) to the Russian government and you were then included on a mission.  You’d train like any other astronaut and deal with the risk of a possible failure, it was similar to many  explorers who underwrote their  travels, or the risks associated with early commercial airplane travel.

With Virgin Galactic approaching its first suborbital flights in 2014, at a somewhat more reasonable cost of $250,000 (USD), the question is would you take a flight?  We’ve been able to watch the design and development of the platform to be used for these flights, SpaceShipOne, evolve over the past few years.  And we have an understanding of the possible risks –  just like a commercial airplane flight the risks are highest at takeoff and landing,  space ops in suborbital environment has a similar host of possible failures (propulsion, hull, avionics/nav, environmental systems) that can lead to loss of life.

Other vehicles are under development by XCor, Armadillo Aerosace and EADS AStrium.   Also, World View Enterprises announced it is working on a balloon to rise to 98,000 ft (at an affordable $75K (USD)).

So back to the question, if the dollar amount wasn’t an issue, would you be willing to take a flight on one of these vehicles?  Would the risk associated be worth it for the ability to say you were one of the few to reach space?  Too see the earth from a different perspective?

I’m part of a generation attracted to engineering because of the 60’s space race and it is tempting, though my wife says there are better ways to use our savings.  What are your thoughts on space tourism and the risks associated with it?  And when do you think travel into space will reach the frequency/normalcy of commercial air travel?

Paul is a long-time volunteer with several professional engineering societies including IEEE, AIAA, SAE, INCOSE and PMI.  He also writes for the CERM Risk Insights emagazine.