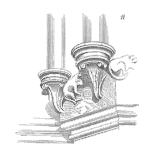 Static electricity is the build-up of opposite polarity (positive and negative) electrical charges on two different substances in contact by the movement of one surface across the other. The spark that can occur from static build-up is the result of the opposite charges neutralising themselves when the electrical field between them becomes strong enough to overcome the gap resistance.

Static can occur on both conducting (such as metal pipes) and non-conducting (such as rubber) materials. Examples are moving liquids, gases carrying particulate, conveyor and vee-belts, printing equipment, on rubber and plastic items, during dry cleaning, on moving road vehicles and airplanes.

How does static occur?

Four requirements must be present to build-up static:

• Movement occurs between two surfaces in contact. • Two individual substances are present.
• The contacting surfaces are chemically different.
• Charges of opposite polarity separate and stay apart.

The natural tendency of opposite polarity electrical charges is to recombine and neutralise. The control of static involves using methods that allow opposite charges to recombine safely or that provide a pathway for the charges to drain away to an electrical earth (It really does go into the ground).

Conducting materials can be electrically connected either by bonding all parts together to provide a pathway for the charges to recombine or the separate parts are individually earthed to create a pathway for the charges to drain away. The best practice is to use both methods simultaneously by connecting all individual parts together and earthing the lot. Electrically earth at two points on each circuit – just in case.

Non-conducting materials, by the nature of their chemical make-up, do not allow the flow of electrical charges. In this case static is controlled by putting conducting materials in direct contact with a large surface area of the nonconductor. Conducting additives can be put into the nonconductor when it is made and the item bonded to earth. Metal can be applied to the nonconductor’s surface and the metal connected to earth. Atmospheric humidity can be artificially increased which permits the static to dissipate through the water vapour in the air. Ionised (electrically charged) air can be created and the charges of opposite polarities in the air and on the nonconductor combine and neutralise.

At least annually, test that the electrical resistance of the static bonding and earthing meets the requirements of the applicable electrical code. Keep your eyes open for disconnected earthing straps when walking about statically earthed plant and get any detachd items reattached. No corrosion is permitted at the bonding and earthing points since rust may separate the contact faces. Make jumpers from heavy cable or straps with solid connectors so if disconnected often they will still last decades. Always ground equipment, more so if its parts can build-up static.