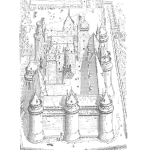 This is provided courtesy of Amanda at

<They have a great newsletter and worth subscribing. Fred>

However because 0.27 and 0.85 are rates of occurrence rather than probabilities, the rate at which either A or B occurs is simply 0.27+0.85=1.12 times per year (a “probability” greater than 1). The Laws of Probability simply do not apply to rates!

Therefore, it is a straightforward matter to calculate the probability of failure for an item within the time interval ‘t’ of interest.

NOTE: P ≈ λt for small values of λt but this is still a dimensionless quantity

Incorrect application of the laws of probability is very common, and every effort should be made both by practitioners and managers to avoid this as far as possible. To help with this, we offer the following recommendations:

Next time we will put together a list of Top Tips relating to Event Tree Analysis. If you have any other suggestions for topics then please let us know and we will attempt to include them in a future edition of the newsletter.

We look forward to hearing from you.

« Why HALT is not HALT
RBD and Design Process »