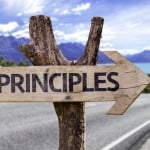 Why Describing the Mode of Failure is Essential

Do you know why we ask for the “mode” of failure when performing FMEAs? This article will provide theory and practical examples of defining failure modes, and highlight an application tip that can improve your FMEA effectiveness.

The term “failure mode” combines two words with unique meanings. The Concise Oxford English Dictionary defines “failure” as the act of ceasing to function or the state of not functioning. “Mode” is defined as a way in which something occurs.

What is the definition of “Failure Mode” in an FMEA?

A “failure mode” is the manner in which an item or operation potentially fails to meet or deliver the intended function and associated requirements. Depending on the definition of failure established by the analysis team, failure modes may include failure to perform a function within defined limits, inadequate or poor performance of the function, intermittent performance of a function, and/or performing an unintended or undesired function. There may be many failure modes for each function.

It is essential to understand “functions” before understanding and identifying failure modes. Reference the article “Understanding FMEA Functions.”

By identifying the “mode” of failure, the manner in which the item potentially fails, the FMEA team can more easily move towards the cause of failure.

Why the “mode” of failure?

The analysis is called Failure Mode and Effects Analysis. Why is “mode” of failure part of the analysis? Why not merely “failure”? The answer lies in the progression to root cause. FMEA is in part a journey from what an item is intended to do all the way to the root cause of why it does not accomplish its intention. Some practitioners identify “failure” as the antithesis of the function. The container is supposed to contain fluid up to 5000 psi, and it does not contain fluid. However, the “mode” is the way in which something occurs. It goes beyond the antithesis, and provides more information. An example is “leak.” If the container leaks, that describes the manner in which the container does not contain the fluid. By describing the mode of failure, we are one step closer to the cause. It also helps describe the effect of failure.

How are Failure Modes identified in FMEAs?

The FMEA team can be asked a question, such as, “what is the manner in which the item does not accomplish its intended function?” or similar questions.

What is an example of a Design FMEA failure mode?

What is an example of a Process FMEA failure mode?

Identifying failure modes for inclusion in an FMEA is not an academic listing of every conceivable failure mode (such as a failure brought about by the unlikely event of a meteor striking the item) but rather a list of potential failure modes of concern to at least one of the FMEA team members. Most companies are limited in their time, budget and skilled resources. Therefore, provided the FMEA team has the correct membership and is led by a skilled facilitator, it is good practice to limit FMEA entries to areas of genuine concern to one or more of the team members.

On June 12, 1972 an American Airlines DC 10 lost its aft cargo door soon after taking off from Detroit. This incident will be used as a case study to challenge readers with an FMEA problem, and practice identifying the elements of an FMEA.