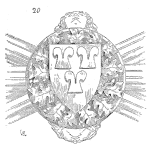 You just bought a new feature rich computer and discover it doesn’t work. Right out of the box, it will not power up. Conversations with the tech support and it’s a trip back to the store.

this ‘tend’ really is just a vague ‘in general’

…tend to occur because of manufacturing errors or shipping/installation damage.

Years ago a company was struggling in the market. The product reliability was not very good compared to the competition and the market knew this and bought accordingly. The product design team worked to bring out a new product with many reliability enhancements.

Yet, they did not know if that would be good enough. So they focused a small part of the core design team on the first few months of field returns. Once they went into production and started selling units, this team received nearly all of the reported field failures.

The intent of the Delta program was to keep a team of development engineers on the program even after it had been released to the market. The common practice was to move the engineers to the next development project.

The mandate for the Delta program was to find design errors and implement immediate design improvements.

They found power supplies that were not robust- inadequate electronic filtering, underpowered fans, and many other design flaws.

The result in less than two months from the initial shipment was a reduction of the field failure rate by over 50%, which then continued to decline with the normal process and design improvements.

Added benefit of the Delta Program

The company previous would work to improve the design and process as they discovered flaws. It took time for the manufacturing and new product introduction engineers to learn the details of the new product. It took time to consider and evaluate the suitability of solutions. They had reviews and a detailed approval process. Plus they generally rolled out improvements after the current inventory of components was consumed.

The Delta Program eliminated delays. They did some experimentation and evaluations. Did very quick reviews and implemented changes resulting in the rework of existing in-house inventory and scrapped components being replaced.

They shorten the time to field failure reduction. In other words, they cut the monthly warranty expense in half 6 months sooner than previous programs.

One more benefit of the Delta Program

The entire engineering team wanted to be on the next Delta Program. It was a fun and important (highly visible) position. The engineers on the team were recognized as product design experts within the organization and given the trust to implement significant changes to an existing design.

It was a fun and important (highly visible) position. The engineers on the team were recognized as product design experts within the organization and given the trust to implement significant changes to an existing design.

Plus they learned a lot. They learned about product failures first hand. They got to conduct extensive failure analysis and talk to customers. They improved their design skills dramatically, becoming even more valuable to the organization.

Notes on implementing the Delta Program

Yes, the product should not have early field failures. It happens. There are just too many elements and consideration and unknowns to get the design perfect every time. A Delta Program pays for itself quickly and is worth adding to your next project.