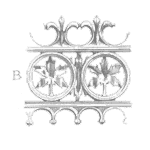 A spring balance used in the kitchen weighs a load by matching the force produced by the weight of the load with the force produced from the tension of the balance spring. The change in length of the spring is a measure of the load’s weight and is shown on a graduated scale by a pointer attached to the spring. Similarly, a U- tube manometer is used to balance the weight of the liquid in one leg of the ‘U’ against the pressure introduced into the other leg. The difference in height between the two legs of liquid represents the pressure pushing the liquid down one leg and up the other. The height difference is measured on a graduated scale.

Pressure in a Column of Liquid or Gas

Invention of the U-tube manometer allowed the early investigators into fluid mechanics to confirm that pressure was directly related to the sum total of the forces acting on a surface. If you were to stand on the seashore, the pressure on you would be the weight of the air column directly above you. That pressure has been given the name of ‘one atmosphere’. If you were to dive to a depth of 10 meters (about 32 feet) there would now be an added pressure on you of the weight of water above plus the weight of the air column.

The unit is a Pascal. Gravity has the value of 9.8 m/sec2 at sea level. For simplicity of multiplication the value 10 m/sec2 will be used. The density for water is 1,000 kg per cubic meter at 20 oC.

Putting all the know values back into the pressure equation gives –

The calculation shows that 1-meter of water is equal to about 10 kPa, which means 30 meters of water produces a pressure of nearly 300 kPa. One atmosphere of air pressure at sea level is 101 kPa. This means the pressure at 30 meters depth below sea level is 300 kPa gauge pressure or about 400 kPa absolute pressure. The same formula can be used to calculate negative, or vacuum, pressures.

How to Use a U-tube Manometer

Figure No. 1 shows three manometers open to atmosphere. The left one has the same pressure in both legs and the liquid levels are the same on both sides. The U-tube in the center shows a pressure applied to the left leg of 100 kPa. The water level in the left leg has gone down and the level in the right leg has gone up. The difference in the height of water between the two legs is 10 meters. Since the liquid is water, each meter height represents 10 kPa and a 10 meter high water column represents 100 kPa gauge pressure. The remaining U-tube shows a pressure of 100 kPa as well but this time mercury is used in the tube. The height of mercury is now 750mm. The density of mercury is 13.6 times that of water. Because mercury is so much heavier than water the same pressure raises a correspondingly lower column of liquid.

If a manometer were used to measure a vacuum the column of liquid would be drawn up toward the vacuum and the difference in the height of liquid between the two legs would be a measure of the vacuum pressure below atmospheric pressure.