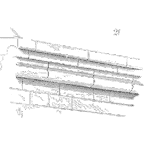 The watch keeper of old guarded their people and possessions. They were found walking about looking, listening, and watching for changes that signaled danger. Their job was to look for hazards and quickly raise the alarm before all of them were invaded and killed or captured into slavery. With sufficient warning the home group could rally to the defence and counter-attack the enemy.

Times haven’t changed that much. Instead of being invaded by the enemy we now get consumed by plant and equipment problems. If only there was an effective way to spot problems coming our way and mount a counter-attack before being overrun.

There is a way and it has been used since the days of the cave man – The Watch Keeper.

In the world of plant and equipment maintenance the watch keeper is the plant operator. He is perfect for the job – he is always around the equipment, he knows when it is operating properly and when something has changed, he can go and investigate when odd things happen and he can call in the necessary resources whenever he needs them.

The only requirement is to put the process on paper so the watch keeping record can be handed to operators on other shifts and the recorded observations passed to supervisors and maintainers so they can see what the operator-watch keeper has found.

A simple checklist form, three columns wide, is needed. In the first column is listed all the observations to be made. In the second column is listed what is acceptable and in the third column is space to put the operator-watch keeper’s comments of anything unusual or the actions he has taken in response to an observation. The watch-keeping sheet is then filed in the daily log for the supervisor to review.

You can make the system as fancy as you want. Vibration analysers and temperature guns can be used. But you will never beat the observations of an experienced operator.

With this system in place the operator-watch keeper is out there looking for problems coming his way. It gives everyone the chance to defend against attack before being swamped by costly and time wasting failures.