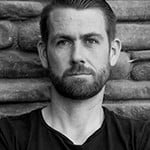 (Association) football (or ‘soccer’ in some countries) is the world’s most popular sport. Most professional leagues (especially in Europe) have different tiers of competition where the bottom performers of one tier are ‘relegated’ to the next tier down at the end of each season, while the top performers of each tier are ‘promoted’ to the next tier up. This means that any club could feasibly work its way to the top tier of every league.

It is all about competition.

Then there is this thing called the Union of European Football Association (UEFA) Champions League. Entry is granted to the top clubs in the top tier of each nation’s professional league. Again, it is feasible for any club to eventually work its way into the Champions League.

So where I am going with this? On the 18th of April 2021, a new, brash, exclusive European Super League (ESL) was born. Three days later, it was dead.

The ESL was secretly conceived by the owners of 20 of the wealthiest football clubs across Europe. Their idea was that they would form their own league and effectively destroy the Champion’s League. But if these wealthiest clubs were drawing the most revenue in terms of television rights and the like … why not form their own league and keep the revenue to themselves?

It starts with the fact that the 20 ESL teams would never face relegation. They would be the only teams ever allowed to compete in the ESL. And some of those select teams (at the time) were struggling to earn their spot in the Champion’s League. Guaranteeing entry was the antithesis of competition. It’s like guaranteeing playoff spots for the teams that sell the most merchandise in whatever sport you follow.

There was universal outrage from the football fans of all clubs – including those who were already ‘inside’ the ESL. Governments condemned it. And believe it or not, the wealthy club owners appeared genuinely surprised by all this. Why?

They wanted to make money.

They didn’t want to EARN money from sport.

No matter what product, system or service you are creating, there needs to be a fundamental ‘why’ you are doing it. Sport is competition. Fans and players aren’t interested in being told that their team is the best. They want to earn that status through competition.  Sports is an industry based on emotion. Fans follow their club because of an emotional attachment.

Virtually all of the original wealthy clubs who formed the ESL dropped out once they saw the protests and undeniable anger of the fans. And it all came down to club owners fundamentally failing to understand why their clubs were valuable.

Sporting clubs are valuable because of emotional narratives …

… narratives based on geography and decades (or centuries) of competition that you cannot buy.

Narratives include the star players and coaches of yesteryear. The tales of previous victory, redemption or heart break. Which means you need other clubs and their players to write their story. The rewards of victory are relative to the might of your adversary. And while the wealthy clubs can quite rightly argue that their marketing teams have worked harder than the others to create global brands, they only ever have something to market because of all their mighty adversaries littered across their narrative. Without adversaries working as hard as they did to be as good as they became, there is no narrative. And most of these adversaries weren’t invited to the ESL.

Good business isn’t knowing the cost of everything and the value of nothing.

When you are marketing what you do, what is the reason ‘why’ your customers should buy your product (as told by the marketing team)? Does your brochure match the chimera you actually provide them?

Customers who have had enough of whatever it is you do won’t privately outline a 10-point plan on how you can be better at your core business. They will just take their money somewhere else and potentially tell all your other potential customers why they did so on social media.

Does this strike a chord? Is there anything you or the team around you could do to not repeat the mistakes of the ESL?

« Here’s the Data
Why Reliability Professionals Can Frustrate the Hell Out Of Others! »