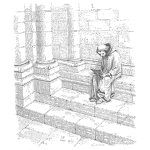 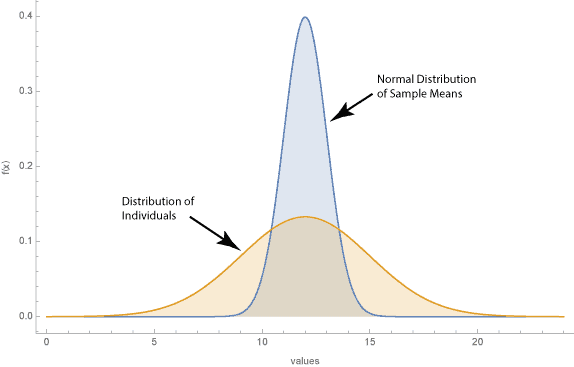 A second way to consider the central limit theorem is often used to describe the physical phenomenon behind items that exhibit a normal distribution. Consider the length of a box nail, the final manufactured length depends on the material, cutting and shaping tools, equipment alignment and at a finer level, the material composition, the hardness, and angle of attach of the cutting and shaping tools. With a little effort, one could list many small sources of variation.

When the small perturbations are independent of each other, the sum of those variations tends to approach a normal distribution. Some call this the ‘fuzzy’ central limit theorem.

The central limit theorem is one the fundamental theorems of probability. It provides a foundation for most what we study under probability and statistics. In particular, the behavior of even small sample means is the reason X̄ and R control charts work. The averages are normal enough that the calculation of control limits provides meaningful insight into the process stability.

Another fundamental theorem is the law of large numbers which we’ll discuss in another article.

Standard Error of the Mean

This of course is estimated by

One final note: The Khan Academy has a sequence of excellent tutorials on this theorem.

« Reliability and Monte Carlo Determined Tolerances
When to Stop Testing »