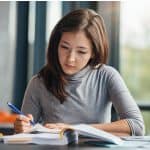 The first step in FMEA preparation

Every journey begins with a statement of the goal or objective. Why would it be any different for FMEA? Yet, some FMEA teams do not clearly identifying the focus of the analysis. This sounds simple, and it is; but, it is very important. This article explains why.

“Begin with the end in mind” – Stephen Covey

The Oxford English dictionary defines “scope” as “the extent of the area or subject matter that something deals with or to which it is relevant.”

Why is it important to determine the scope of an FMEA project?

Determining the scope of the analysis is an extremely important step because clearly defined boundaries establish the issues that are to be considered and the approach that the team will take during the analysis.

The other reason the scope needs to be well defined is to avoid “scope creep.”

What is “scope creep”?

Many FMEA projects suffer the effects of “scope creep,” in which the project begins without agreed upon boundaries and then expands as the meetings go on. If this happens, the team must go back and redo the early work to take into account the larger scope and the project becomes “endless.”

For System FMEAs, the scope typically includes system-related deficiencies, system safety, system integration, interfaces or interactions between subsystems or with other systems, interactions with the surrounding environment, human interaction, service, and other issues that could cause the overall system not to work as intended.

For each type of FMEA, the exact scope will need to be determined by the FMEA team.

One of the most effective techniques to define the scope of an FMEA project is to “make it visible.” Design FMEAs use FMEA block diagrams. Process FMEAs use process flow diagrams. Making the scope visible will be the theme of next month’s FMEA Corner.

You are part of a team of engineers that are redesigning an all-terrain bicycle. You’ve been asked to lead the System FMEA. Describe some of the ingredients that you might include within the scope of your System FMEA.

The following are possible ingredients of a System FMEA for an all-terrain bicycle. These can be converted into primary functions, and each one should be properly described, including standard of performance. The final scope of the System FMEA needs to be determined by the System FMEA team.

* Overall system-related functions for the bicycle (what the bicycle is intended to do)
* System safety functions (the overall safety of the bicycle and rider)
* Integration of subsystems (how the various subsystems should perform together)
* Interfaces between subsystems (physical connections, material exchange, energy transfer, data exchange)
* Interfaces or interactions with other systems (example might be a GPS system)
* Interactions with the surrounding environment (such as pavement, weather)
* Human interaction (such as rider, mechanic)
* Service (maintenance throughout life of bicycle)
* Single-point failures (where failure of a single component results in complete failure of the entire system)
* Other issues that could cause the overall system not to work as intended

Next month’s article will be “Making the Scope Visible.”