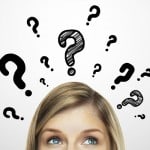 In these series of questions, a reader asks about whether system FMEAs in the medical device industry should include human interactions, and the difference between system and application FMEAs.

“The art of proposing a question must be held of higher value than solving it.”  Georg Cantor

We have a medical device system consisting of the medical equipment, the user and the patient. Here are my questions.

Answer to first question: Should the user and patient be part of this system?

Let me begin my answer with the definition and scope of System FMEA, excerpted from my book, Effective FMEAs:

System FMEA is the highest-level analysis of an entire system, made up of various subsystems. The focus is on system-related deficiencies, including system safety, system integration, interfaces or interactions between subsystems or with other systems, interactions with the surrounding environment, human interaction, service, and other issues that could cause the overall system not to work as intended. In System FMEA, the focus is on functions and relationships that are unique to the system as a whole (i.e., do not exist at lower levels). The System level FMEA includes failure modes associated with interfaces and interactions in addition to considering single-point failures (where a single component failure can result in complete failure of the entire system). Some practitioners separate out human interaction and service into their own respective FMEAs.

As you can see from this description of System FMEA, the scope is not set in stone. It is up to the FMEA team (and supporting management) to determine the exact scope of individual FMEAs. In answer to your question # 1, there are two approaches that practitioners use.

The second approach is to do a more comprehensive System FMEA, which includes within its scope the interactions/interfaces with users and patients in addition to device system. International standards or company policy may dictate which approach you are required to use, so it is important to familiarize yourself with appropriate standards and policy.

Regardless of which approach you use, be sure to make the scope visible through the use of a properly done FMEA Block Diagram. This will show clearly the scope of your FMEA, including interfaces with humans.

Answer to second question: How would we perform an Application or System FMEA on this?

A thorough answer to this question will go beyond the scope of this forum. I dedicate three entire chapters in my book to the preparation, procedure, and implementation of all different types of FMEAs, including System FMEA. Having said that let me provide a few tips to get you started.

Let’s assume you know how to prepare and conduct an FMEA and want to know what is different about a System FMEA (including the interactions with users and patients). One of the first considerations is whether to include the interfaces with humans in the system hierarchy (as you have done), or to include the human interfaces as interface functions in the list of primary functions at the system level. I typically use the latter, but it can be done either way.

The most important thing is to include system interactions with humans somewhere, so they do not get missed in your FMEAs. If you include the interface between users/patients and the medical device in the system hierarchy, then it should be so described in the system hierarchy as “user-to-system interface” and “patient-to-system interface”, rather than merely “user(s)” and “patient(s).” If you include the user/patient interface to system as interface functions (in the FMEA function column, make sure they are properly described, including the standard of performance for each function. When including interfaces as functions, I like to state “Interface A – B” followed by the verbiage for the function.

It is also important to do an FMEA Block Diagram that clearly shows the scope of your FMEA, and shows the 4 types of interfaces (physical connection, material exchange, energy transfer and/or data exchange). One other point is to include in your System FMEA the interfaces between the various subsystems, as these can generate a significant percentage of the failure modes.

You will have to review your risk ranking scales to be sure they apply adequately to System FMEAs, Application FMEAs (if you do them separately), and Design FMEAs (typically done at the subsystem or component level).

Answer to third question: Is an application and system FMEA the same thing?

The FMEA Definitions and Concepts Series will begin with the next article, “Understanding FMEA Functions: Essential Elements.” By my own observations, more than half of FMEA practitioners miss a key element when defining FMEA functions. This article discusses how to properly describe FMEA functions.

« The Driver of Wrench Time: The Maintenance Planner / Scheduler
10 Signs of Not Understanding Equipment Reliability »