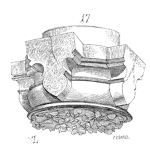 Theoretical or physical properties may justify the choice of Weibull or other reliability functions [Brown and Wohletz, Çinlar, Newman et al., extreme-value theory, and http://www.fieldreliability.com/VirtStat.htm]. “But in practice where is the oracle that informs the statistician of the correct choice?” [Miller] Nonparametric statistics make no unwarranted assumptions and preserve all information in data.

Actuarial forecasts require extrapolation of failure rates for installed base older than the age of the oldest failure, regardless of distribution assumptions. Estimating Weibull parameters from 12 months of data and 99.85% reliability, and then using the Weibull failure rate for 36-month forecasts, is extrapolation, strains credibility, and underestimates failures. Extrapolating nonparametric failure rates, based on other, older products’ failure rates, is more credible.

Consumer Bills of Rights entitle consumers to product information that should include reliability and quantification of the uncertainty in reliability estimates, without unwarranted assumptions.

Component D. Failures could have occurred any time after installation; i.e., their ages at failures are less than or equal to “months in service.” The naive reliability estimator, 1-F(t) = 1-Failed/Installed, is not monotonically decreasing.

The likelihood function and sum of squared errors are
L = PF(t)r(t)(1-F(t))n(t)-r(t) and SSE = S(r(t)-n(t)F(t))2
where n(t) and r(t) are monthly installed base and reported failures of ages t = 1-12 months, and F(t) is the cumulative distribution function. To make monotonic estimates of F(t), substitute F(t) = Sp(s), where p(s) is the discrete probability density function and Sp(s) is summed to age t. Excel’s Solver finds nonnegative p(s) values that maximize lnL and minimize SSE. These nonparametric maximum likelihood and least squares estimates (npmle and nplse) have more likelihood and less SSE than Weibull estimates (figure 1).

Here are four reasons for preferring the nonparametric alternative to an unjustified Weibull reliability assumption.

Actuarial forecasts have been used for more than 50 years for managing expensive gas turbine engines (RAND and the former US Air Force Logistics Command). They suit nonparametric estimates, because they use discrete nonparametric failure rates.

The actuarial forecast is E[Failures] = Sn(t)a(t), where n(t) is the surviving installed base of age t, a(t) is the (discrete or actuarial) failure rate function, and the sum runs over all ages of the installed base in the forecast interval. Table 2 shows alternative forecasts of future failures, from the first 12 months of production, in the remainder of the 36-month warranty. Component D installations stopped after 12 months. Forecasts require extrapolation of failure rates from age 13 to 36 months.

Table 3 shows alternative estimates of the fraction failing in 36 months,

P[Age at failure £ 36 months] = F(36). The npmle extrapolation estimates of fraction failing are larger than the Weibull estimates, even comparing ~90% npmle with the 95% Weibull upper confidence limit (UCL).

The variance of the actuarial forecast is (http://www.fieldreliability.com/PrRelAct.htm)

This is the variance of E[Failures] = Sn(t)a(t), not the variance of the random number of failures itself. Empirical variance-covariance matrix estimates could be computed from the broom chart estimates, jackknife, or the inverse of the Fisher information matrix (table 4). Those estimates also are necessary for simulating or approximating the distribution of the random number of failures, for estimating prediction intervals.

“To assess uncertainty, make empirical estimates to establish prediction intervals” [Armstrong]. That means, rely on observations or be guided by practical experience and not theory, if you can. Quantitative financial analysts use scenariosto evaluate effects of unobserved but plausible future events. Scenarios are sets of alternative extrapolations.

Financial reporting is usually done quarterly and inventory costs discourage adjusting safety stocks too often, so it may not be necessary to extrapolate monthly alternation. It may be wise to extrapolate the slope as increasing with age (figure 4).

Wallodi Weibull says, “Any distribution can be written in the form 1-e–j(t).” “The most simple function [j(t)] satisfying this condition is…” a power function (t/a)b. The only merit of this df is to be found in the fact that it is the simplest mathematical expression of appropriate form…” Therefore, it seems useful to extrapolate failure rate functions of the form tb-1, so linear extrapolation is equivalent to b = 2. Other reasonable values of b may be used to model extrapolation uncertainty.

The prediction sensitivity to extrapolation parameters helps quantify extrapolation uncertainty. The derivatives of an actuarial forecast Sn(t)a(t) with respect to the intercept and slope of linear extrapolation are Sn(t) and Stn(t), where the sums are over the extrapolation months. The delta method approximates distributions from sample variance-covariance of the linear regression coefficients, http://en.wikipedia.org/wiki/Delta_method. Other uncertainty scenarios can be constructed using subsets of 12-months data a la jackknife.

The inverse of the Fisher information matrix gives a lower bound on the asymptotic variance-covariance matrix of maximum likelihood estimators themselves (under some conditions [Patilea and Rolin]). This inverse helps estimate approximate confidence intervals on actuarial forecasts and the distribution of future failures (prediction intervals). Table 4 is derived from the asymptotic variance-covariance matrix for quarterly nonparametric estimates of the discrete probability density function.

Sample uncertainty in actuarial failure forecasts and future failure predictions is induced by random variation in the first year’s data. Table 4 represents that sample uncertainty. Maximum likelihood estimators are asymptotically normally distributed (under some conditions [Patilea and Rolin]), so it is reasonable to assume the actuarial forecast and demands are too.

The Delta method, prediction intervals from linear regression extrapolation, and confidence limits computed from extrapolated variance-covariance matrix are alternatives to represent extrapolation uncertainty. If they agree tolerably, there is some hope that they actually represent uncertainty induced by extrapolation. Then one must hope that the future resembles the past. Information from the first 12 months should be supplemented with full warranty failure rates from other, older, similar components. “Update extrapolation models as new data are received” [Armstrong].

Preserve all the information in data, represent sample uncertainty without unwarranted assumptions, and use alternative scenarios to quantify extrapolation uncertainty.

Contact me, pstlarry@yahoo.com, if you would like nonparametric estimation, forecasts, simulations, and prediction intervals for left-censored failures.

The ASQ Quality Progress Statistics Roundtable article contained the data in table 1: 12 sets of installed base and failures. Meeker, Doganaksoy, and Hahn deserve credit for publishing their data. “Including sufficient data and information, so that the readers could duplicate the results if they had the time, inclination, and money, is a sine qua non of scientific publication.” [Heard at a Biostatistics conference a long time ago: still relevant, [Baggerly and Berry]]

Brown, Wilbur K. and Kenneth H. Wohletz, “Derivation of the Weibull Distribution Based on Physical Principles and its Connection to the Rosin-Rammler and Lognormal Distributions,” J. Applied Physics, Vol. 78, No. 4, pp. 2758-2763, Aug. 1995, http://www.ees1.lanl.gov/Wohletz/SFT_Wiebull.pdf

George, L. L., “User Notes for the Modified Turnbull Reliability Estimate,” unpublished, 2001, revised 2008. Contact me if you want a copy of the notes and the workbook.

It is gratifying to see the developments in statistics and reliability since I died, particularly the use of the Fréchet distribution that I described in my 1939 and 1951 papers. It is now widely referred to as the Weibull reliability function. It seems to be overused in some subject areas, without careful reasoning and justification. It is, however, a better representation of reliability than a constant failure rate.

It is not gratifying to see how the author has abused Weibull statistics in an earlier article to recommend mixing bad, infant mortality units with good units to achieve a specified MTBF according to the Weibull mixture mean, E[Life] = aG(1+1/b1)/h1+(1-a) G(1+1/b2)/h2 where b1<1<b2  [George 1998].  Sadly, that author persecutes engineers who use Weibull software without first plotting and understanding their data, http://www.fieldreliability.com/VirtStat.htm. That author uses my own words to justify the power law extrapolation of nonparametric failure rate functions.

Except for extrapolating actuarial failure rates for quantifying uncertainty, the author’s paper contains nothing new. In fact actuarial failure rates and forecasts predate my 1939 paper. As I wrote in my 1951 paper, “the Weibull distribution has no theoretical basis…there are-with very few exceptions-the same objections against all other df… It is believed that in such cases the only practicable way of progressing is to choose a simple function, test it empirically, and stick to it as long as no better is found.”

Has the author seen or heard of  “Probabilistic Risk Analysis” (PRA)? PRA caused me to spin in my grave. PRA is the deliberate randomization of distribution parameters, such as those of the Weibull reliability function, to represent uncertainty. Here in physics heaven, we know the joint distributions of such random parameters, but you mortals don’t seem to have a clue, yet you randomize one or two independent parameters conveniently to represent uncertainty. That’s a good way to increase uncertainty. Of course, up here we also have no need for forecasts or predictions.

GE Consumer & Industrial places a very high priority on product quality and customer satisfaction and thus continuously assesses our product reliability. Recent analysis has discovered a potential problem with the main circuit board on a limited number of refrigerator models, which could lead to lower than anticipated life expectancy on that component. Therefore, if the main circuit board fails, GE Consumer & Industrial will replace this part free of charge to the consumer until further notice.

Specific parts involving the failure of the main board are included in this program. These parts are limited to the following:

-Evaporator Fan failure, only if accompanied by a Main Board failure

The main board part number in cases in WR55X10552. Please use your normal warranty MA00 job code for this repair. If you encounter an evaporator fan or dispenser board failure due to the above main board, please include on your invoice and use the normal MA00 job code. It is critical that you verify the proper functioning of the unit including the evaporator fan motor and dispenser board before leaving the home to avoid a repeat call.

Units may be in or out of the standard 1-year product warranty and both instances are covered under this concession program.

If you previously completed this repair and charged the consumer, please send a copy of the service invoice to General Electric Consumer Relations, PO Box 10736, Norfolk, VA 23513 or fax a copy to 1-877-299-0725 so that we may issue a refund to the consumer.

I thought component D could be the GE refrigerator motherboard, WR55X10552, http://applianceguru.com/forum1/13243.html. Our GE microwave control board WB27T10091 is starting to fail, again. It is of the same vintage, part of a microwave-oven model JKP86BOF3BB installed April 2005. At least two other microwave-control board failures are on the Internet. Our first control board was replaced in Sept. 2010. The repairman was not surprised, but the control board was not stocked. The only such board stocked is the refrigerator motherboard WR55X10552. I wonder if there is a common cause? [llg]

Bill Meeker says, “First, I need to point out that Component D was not from a GE product. When I have been involved in prediction problems in the past (for a variety of companies and products), I have sometimes been able to get permission to use the example and data by not using the company or product name. In some cases (e.g., in my May 2010 Technometrics article with Hong) I also had to simulate data so we could at least present the methodology.” I apologize and wonder what component D is? [llg]

« How Should the Sample Size be Selected for an X-bar Chart? (Part I)
Why should you proactively identify Failure Modes? »