How to Handle Competing Failure Modes

If we’re not careful with or ignore failure modes, we can choose the wrong reliability model or statistical distribution. If our product performance is close to the required limits and/or we need a very accurate model, this could be a big problem.

We talk about the importance of failure modes and step-through a tensile-test example to explore these other topics:

We got into some mathematical concepts. But, the main take-aways are this:

Once you’ve had a chance to listen, I want to hear from you. What has been your experience with reliability block diagrams? Have you ever used one?

If you want to read more about competing failure modes and more complex reliability block diagrams, visit this site: www.reliawiki.org/index.php/Competing_Failure_Modes_Analysis

Hello and welcome to Quality During Design the place to use quality thinking to create products, others love for less. My name is Dianna. I’m a senior level quality professional and engineer with over 20 years of experience in manufacturing and design. Listen in and then join the conversation at QualityDuringDesign.com.

Failure modes are the other important half of our results of tests. They are part of our data set. We can’t just ignore them because they provide valuable information about how our product is performing. I know it’s fun to just look at the numbers at the quantitative data that our test produces. And I know that some of us overlook failure modes and just look at the numbers. The reason I know this is because there’s been many-a-time I’ve been asked to help fit a distribution to a data set and I was sent a Minitab file and that’s it! There was no failure modes in the data set to look at. So, first of all, when we test to failure, we always record and examine the failure mode. We want to acknowledge the way our product fails, so discussing failure mode is a standard part of our verification reports (or whatever report we’re summarizing our data in). We can record it in the discussion part of our report.

Competing failure modes can be a headache if we’re trying to model our failure data to a probability distribution. Sometimes, when we’re just looking at the numbers, it’s obvious that there could be competing failure modes: if we plot our data set and there seems to be 2 distinct datasets, there could be a competing failure mode going on. If we ignore this, it can really throw off the integrity of our calculations. But once we know them, they are helpful. It’s more information about our product’s performance. And there’s things we can do to handle them when we calculate life data or reliability.

They’re called competing because our unit under test can’t fail more than once. There can be only one, so they compete: which failure mode is going to be the one to break thissample? Once we recognize that our data set has competing failure modes, we want to analyze the data carefully. We don’t want to break up the sample set to fit a distribution. Even though failure modes are competing, we’re still testing one product. We’re testing it multiple times to be able to apply statistical distribution. But our distribution is of our product failing, not the way it fails. What we want to do is determine a reliability model or equation for all modes of failure.

An example that’s easy to visualize is tensile testing: tensile testing to failure. We’ll consider that we have a simple part: we have a part body, and a hub, and they’re joined. We performed our tensile testing and we have two failure modes: we have a break at the joint (where the body pops out of the hub) and we have the break of the body of the part itself. For the break of joint, when we perform calculations for tensile strength because of a break at the joint, we don’t just omit the data where our body part broke. We keep the body part breaks data but treat them as suspensions, meaning our test was stopped before the break at joint could occur. Conversely, when we’re performing calculations for body part broke, we keep the joint break data but treat them as suspensions, meaning (again) our test was stopped before the body break could occur. Even though they’re competing failure modes, they’re still unit under test of our product and provide useful information. If we just omit the data instead of suspending them, we’re eliminating life data of our product as it relates to that one failure mode. We had units under test that didn’t fail because of a joint break and we can use that data to better model our product performance for a joint break.

By treating these competing failure modes as suspensions, modeling the performance of each failure mode, and then combining them (following the rules of probabilities), we have a more accurate representation of our product performance.

If dependent failure modes: we’ll need to get into reliability block diagrams with parallel configurations. Like electrical circuits, reliability block diagrams can get complex and (honestly) fun to solve. Sometimes we need a software solution to help us out because it can get so complicated. Describing this in a podcast: it’s not efficient, so I’ll include a link to a wiki page on this podcast blog at qualityduringdesign.com. And reliability engineers are available to help with tricky or complex situations. They may have the software you need to calculate complex reliability models with systems that have serial and parallel relationships.

What can you do with what we’ve been talking about today?

I am interested to hear how many of those listening have used reliability block diagrams and let me know what you thought about it. Reach out to me on LinkedIn (I’m Dianna Deeney), or you can leave me a voicemail at 484-341-0238. I get all the messages and I might include yours in an upcoming episode. If you like this podcast or have a suggestion for an upcoming episode, let me know and share this podcast with your designing peers. This has been the production of Deeney Enterprises. Thanks for listening!

Tips for using quality tools and methods to help you design products others love, for less. 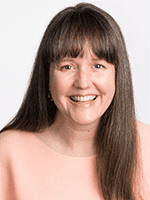 QDD 092 Ways to Gather Ideas with a Team

QDD 091 The Spirits of Technical Writing Past, Present, and Future

QDD 090 The Gifts Others Bring

QDD 084 Engineering in the Color Economy

QDD 083 Getting to Great Designs

QDD 082 Get Clarity on Goals with a Continuum

QDD 080 Use Meetings to Add Productivity

QDD 078 What do We do with FMEA Early in Design Concept?

QDD 077 A Severity Scale based on Quality Dimensions

QDD 075 Getting Use Information without a Prototype

QDD 070 Use FMEA to Design for In-Process Testing

QDD 068 Get Unstuck: Expand and Contract Our Problem

QDD 067 Get Unstuck: Reframe our Problem

QDD 065 Prioritizing Technical Requirements with a House of Quality

QDD 062 How Does Reliability Engineering Affect (Not Just Assess) Design?

QDD 061 How to use FMEA for Complaint Investigation

QDD 059 Product Design from a Marketing Viewpoint, with Laura Krick (A Chat with Cross Functional Experts)

QDD 050 Try this Method to Help with Complex Decisions (DMRCS)

QDD 048 Using SIPOC to Get Started

QDD 043 How can 8D help Solve my Recurring Problem?

QDD 042 Mistake-Proofing – The Poka-Yoke of Usability

QDD 036 When to use DOE (Design of Experiments)?

QDD 027 How Many Controls do we Need to Reduce Risk?

QDD 026 Solving Symptoms Instead of Causes?

QDD 025 Do you have SMART ACORN objectives?

QDD 024 Why Look to Standards

QDD 023 Getting the Voice of the Customer

QDD 022 The Way We Test Matters

QDD 020 Every Failure is a Gift

QDD 019 Understanding the Purposes behind Kaizen

QDD 017 What is ‘Production Equivalent’ and Why Does it Matter?

QDD 014 The Who’s Who of your Quality Team

QDD 013 When it’s Not Normal: How to Choose from a Library of Distributions

QDD 011 The Designer’s Important Influence on Monitoring After Launch

QDD 008 Remaking Risk-Based Decisions: Allowing Ourselves to Change our Minds.

QDD 006 HALT! Watch out for that weakest link

QDD 004 A big failure and too many causes? Try this analysis.

QDD 003 Why Your Design Inputs Need to Include Quality & Reliability

QDD 001 How to Choose the Right Improvement Model