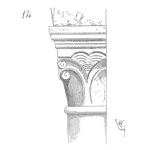 The Greatest Benefit of RCA is Generally an Unknown…Intellectual Capital

Because business is measured based on credits and debits, this is how we must express effectiveness of initiatives in reality. However, the physical costs are NOT the greatest benefit derived from RCA when done properly.

The reality is that even if a dollar figure cannot be put on intellectual capital, it is the greatest asset of any corporation. Human decision making errors trigger undesirable outcomes so it is only prudent that making a human more aware of their situation will decrease the number of errors they make because they will be proactive and know what the potential consequences will be. How does one measure a reduction in human errors? It is nearly impossible to pinpoint mainly because such a metric has not been developed and captured in the past so therefore there is no benchmark to start from and measure against.

However, a reduction in decision making errors should surface in a reduction of undesirable outcomes. If the human does not trigger the physical sequence with a poor decision, the adverse consequence will not surface. If there is no consequence, there is no cost associated with correcting the situation as in our blood redraw example. Through consequences of human errors, we will see them appear on our financials. However, such a reduction in costs is rarely, if ever, attributed to a grass roots improvement in human decision making. Trying to make that case with numbers is nearly impossible, yet it is reality.

The Role of RCA in Improving Human Decision Making

Human decision making can be quantumly improved by RCA via participation on the RCA teams and by proper dissemination of RCA results through an RCA knowledge management system.

Participating on an RCA team forces people to look at failures in the context of a system. They do not just look at the failure itself in isolation, they look at the work environment in which the failure occurred. This takes into consideration support systems, physical environment, regulatory environment, staffing, etc. True RCA tends to analyze the systems in place for deficiencies that could have pressured someone to make a decision that turned out to be the wrong decision.

By participating on an RCA team people are forced to reconstruct the path of the failure via cause-and-effect relationships. This is where the learning takes place, having to back track the path of “fallen dominoes”. There are always “aha” moments in these sessions where team members believed one thing to be true and because they had to back track they found out that their belief was simply not true…there was a deviation from what should have happened and the evidence on hand supports this contradiction.

Organizations should design and create a knowledge management infrastructure that would store successful RCA logic. They should make this RCA database readily available to those in the organization who may be in positions to make similar decisions in the future. If these people can see the past logic that led to a failure (undesirable outcome) then they will be sure not to fall into the same trap.

Ensuring people participate on RCA teams and making successful analyses are not capital intensive tasks. They do not require new technologies or creating complicated systems. They can be executed with existing tools and systems. What is required is the foresight, knowledge and understanding by executives that deficient systems pressure humans to make improper decisions and that triggers a string of physical consequences resulting in undesirable outcomes…and undesirable outcomes directly correlate to the bottom-line!

« It Takes a Village
Hazard Analysis and FMEA »