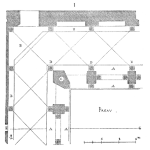 Shotgun tests test or replace everything and then decide whether the failure has been fixed. Compare the difference between cost of a shotgun test vs. the cost of the optimal system test sequence and test time until a test recognizes the failure. The simple solution of sequencing tests in order of bang-per-buck, P[Part Failure]/(Cost-of-part test) [Mitten], appears to be optimal even if part failures are intermittent.

Sensitivity vs. specificity: testing could also generate false positives. “Type I and type II error probabilities are included and single-pass sample paths are required. The model accounts for the expected costs of testing components, false positive termination, and no-defect-found outcome” [ Susan Reller]. Her thesis includes a BASIC program for optimal test sequence similar to table 2 in this article for eight subsystems.

Intermittent failures could depend on the ages of the system or the subsystem containing the failure. The intermittence rate could increase, the duration of the intermittence could increase, or the detectability of the failure could improve with age [Ahmad et al., Nakagawa et al.]. Those authors describe test methods, fault tree analysis, and Markov models, but not test sequencing.

What is the optimal diagnostic method for multiple failures with imperfect or unreliable tests? Shakeri et al. describe algorithms for diagnostics, including repetitive tests and multiple faults or failures.

Where could we get the data for test time, test cost, intermittent failure probabilities, and imperfect test detection probabilities? Ask people with experience. Update probabilities with Bayes law. Apply the results to combat readiness [Vatterott et al.]. Their article won the INFORMS Franz Edelman award, perhaps because of its comprehensive scope from origin to implementation.

Automated Test Equipment is usually designed to detect one kind of failure in one subsystem. Some tests simply indicate whether a failure is present or absent at the moment when the test is done. This means that the number of tests to find an intermittent failure in one system has the geometric distribution with some probability of detection at each test. What if failures could occur in more than one subsystem? What if failures could be of more than one type?

Assume an intermittent failure has probability p of being detected when tested, because the failure is present and the test detects the failure. The number of tests to detect the failure has the geometric distribution, the discrete equivalent of the continuous exponential distribution, with the “memoryless” property. Then the probability of detection at the second test is p*(1-p) if not detected on the first test, and the mean number of tests to successful failure detection is 1/p.

The expected costs differ depending on test sequence on successive passes if necessary. I tried different costs and detection probabilities but the optimal test sequence remained the same for pass 1 and pass 2. Although it appears that the optimal test sequence on successive passes is 1, 2, I wouldn’t claim that is generalizable, especially of more subsystems than two. Obviously the expected cost of sequential test is less than shotgun tests, because sequential tests terminate on failure detection.

Alternatives include: combinations of: Ignore problem, test for problems, replace most probable cause(s), verify the fix, and repeat as required. Probably won’t repeat this indefinitely because eventually you’ll replace everything. Troubles mount if more failures occur before original failures are cured or if test tactics cause additional failures. Nevertheless, it may be worthwhile to optimize test time for all tests.

The objective is to derive the maximum test time T to minimize the expected cost of testing vs. shotgun replacement. The presumption is that testing actually detects the failed part, if the system demonstrates the failure while the system is under test.

Problem formulation: the objective is to find the optimal system test time T depending on the cost of test time CT, replacement parts’ costs C, and the frequency of intermittent failure(s) p. I.e., minimize total time or cost for each failure (including repeated tests and parts), subject to limited time, tools, spares inventory; imperfect diagnostics; and not to exceed warranty replacement cost plus intangible costs. Intangible costs include: frustration for both customer and service manpower, facilities, tools, spares, repeated service demands, and deleterious WOM (Word-Of-Mouth.

Murphy’s assumption: P[part i causes failure|Test shows failure j] > 0; i.e., several parts might cause failure j and part i might cause several failures, probability replacement of part identified with failure fixes problem < 100%, replacement causes other problems, what was replaced last time and how long test was?

k = the number of parts to be tested or replaced

p = probability the correct part is identified and fixed or replaced if intermittent failure is observed during a test.

1/(k-i+1) := probability correct part replaced when failure not seen in i-th test. Shotgun probability 1/(k-i+1)could be replaced with Paretos if FRUs are replaced in order of observed frequency of field failures.

T*CT+C := Cost of test time T where CT is cost per unit time and C is fixed cost of test or part cost, the same for the part that causes the intermittent failure and the other parts

Figure 2 shows results for some inputs with different numbers of parts of FRUs.

The cost of the repair at any attempt is T*CT+C, and the expected number of repairs is
1/(1-P[k,p,T,lambda]) with expected cost =

If no testing, the expected number of shotgun repairs (1+k)/2, and the total cost is Ct+C*(1+k)/2. If testing is attempted, then the maximum test time is obtained by finding the test time T that equates the marginal costs of testing and shotgun repair.

Pretty obviously shotgun replacement of all suspected failed parts may not cure intermittent failures. I conjecture that the optimal test sequence may be the same for repeated passes if failure is not found on the first pass. I checked a three-subsystem optimal test sequence, and it did not change on multiple passes, even with different costs and failure detection probabilities. The optimal time T to spend testing is a complicated but computable formula.

If you want the Excel workbook for tables 1 and 2 (including 3 subsystems) or the Mathematica notebook for optimal test time, let me know (pstlarry@yahoo.com). If you want Mathematica solutions, send your cost and failure parameter data. If intermittent events do not have Poisson counts or exponential distribution intermittency, send field data, and I will estimate distributions and try to adapt test sequences and time to optimize intermittent failure testing.

« What is Reliability and How Do We Get It?
Calculating the Failure Rate of Parts »