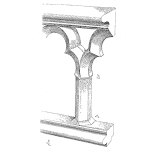 Every organization needs to be able to explain ‘why’ it is here. In fact, an organization’s ‘why’ is . Check out Simon Sinek. One of his favourite phrases is that ‘people don’t buy what you do – they buy why you do it.’

People buy Apple products because of they enjoy how they interface with devices that are part of a bigger and seamless ecosystem. All their competitors try to emulate this. Amazon is all about customer experience.

But how your vision relates to your customers is just part of it. Call it vision, mission, or purpose. The ‘why’ your organization exists has to send a clear, unmistakable message to its own people. And if they can’t see how reliability is part of your vision then it won’t happen.

Take Planet.com – a company that has hundreds of really small, imaging satellites orbiting the earth. Their vision is to ‘image every part of the earth’s surface every 24 hours.’ The thing about small satellites is that they are easy to launch in lots of numbers. So you can work out if it is better to launch lots of cheaper, less reliable satellites or more expensive, more reliable satellites. There is no ‘reliability requirement,’ but reliability is fundamental.

Amazon internally tallies ‘costs’ to their reputation if your package isn’t received on time. And people are held accountable for these costs. So the reliability of your delivery service goes back to their focus on customer experience in a very tangible way.

But … companies get their vision wrong all the time. And a wrong vision dooms reliability.

Some visions focus on ‘what’ they make. The vision might be all about being a ‘world leader’ in cutting edge technology. Or like Blackberry, focus exclusively on smart phones with physical key boards. These visions simply motivate people to design something based on what it can do. Not what the customer wants, or for how long they want it for.

Some visions are buzzwordy and meaningless. ‘The relentless pursuit of excellence in everything we do.’ Sounds great. But who works out what ‘we do?’ How do you measure excellence? What is ‘excellence?’

Some visions focus on ‘value.’ Enron traded energy stocks and essentially rewarded all its employees for making the most money for the company that week. Greed became not only good – it became God. Which meant there was no organization to speak of. Just a bunch of selfish actors trying to get theirs.

Former GM CEO Jack Welch called the idea of making decisions based on the effect it would have on a company’s shareholder value as the ‘dumbest idea in the world.’ He went on to say that shareholder value is a ‘result’ and not a strategy. The main focus was employees, products and customers. And shareholder value quickly followed.

And the same applies to smaller teams within these organizations. I have dealt with many reliability teams or groups who really can’t explain their purpose to me. They can’t tell me how I could come back in 2 years’ time and use their vision to see if they have been successful or not. And when this happens, we get reliability teams that revert to analysis, activities, testing and all other forms of effort that aren’t linked to outcomes.

So can you see the role reliability plays in your organization’s vision? What is your team’s vision? If people can’t work out how ‘reliability’ makes your ‘vision’ happen, then reliability doesn’t happen.

« Viewing a Hospital as a System: A Reliability Perspective
Is Reliability Centered Maintenance (RCM) just for airplanes? »