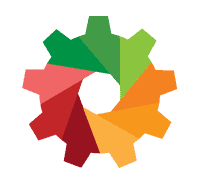 Setting up industrial operations is part of the capital expenditure a business has to undertake. Businesses now analyze the lifetime cost of any capital expenditure before making a decision. This includes the inventory cost, labor expenses, maintenance costs, cost incurred due to expected downtime, and expenses for upgrades. This tilts the decision in favor of options that provide long-term machine reliability and reduced maintenance.

END_OF_DOCUMENT_TOKEN_TO_BE_REPLACED

Cloud Based CMMS vs On-Premise

Is your organization best suited for a cloud based CMMS or on-premise maintenance software? As the price of bandwidth and storage continues to decrease, cloud-based maintenance software is becoming an increasingly popular choice. Many cloud-based CMMS/EAM software vendors are pushing this technology as a convenient and cost-effective alternative to traditional, on-premise software, but cloud-based solutions aren’t necessarily right for everyone. There is no such thing as a one-size-fits-all solution, so you would be better off exploring the pros and cons of cloud-based vs on-premise CMMS options before committing to any particular technology. END_OF_DOCUMENT_TOKEN_TO_BE_REPLACED

Every organization needs to be able to explain ‘why’ it is here. In fact, an organization’s ‘why’ is . Check out Simon Sinek. One of his favourite phrases is that ‘people don’t buy what you do – they buy why you do it.’

People buy Apple products because of they enjoy how they interface with devices that are part of a bigger and seamless ecosystem. All their competitors try to emulate this. Amazon is all about customer experience. END_OF_DOCUMENT_TOKEN_TO_BE_REPLACED

Your facility asset and equipment are first and foremost a significant organizational investment. Performing routine maintenance on them is a key aspect of maintaining them in functioning order. Nothing will risk derailing production like an unexpected catastrophic failure of critical equipment – and one of the best ways to prevent that is to develop a robust routine maintenance strategy for your assets.

END_OF_DOCUMENT_TOKEN_TO_BE_REPLACED 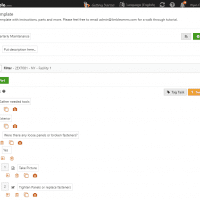 Equipment maintenance is a requisite for companies that seek high-performance from their physical assets. If they can leverage a well-executed maintenance strategy, such organizations should gain the expected advantages that reliable assets will deliver such as reductions in operational costs and unplanned shutdowns.

END_OF_DOCUMENT_TOKEN_TO_BE_REPLACED

In many manufacturing plants, managing equipment breakdowns and can seem like an overwhelming task. Machine failures occur without warning, production lines go down, managers and supervisors point fingers, and maintenance personnel continually chase parts and problems.

It’s often the case that these plants do not use a CMMS to gather data, plan preventative maintenance, or schedule repairs. This lack of planning contributes to a reactive maintenance environment where personnel is constantly trying to ‘keep up’ with production line problems.

END_OF_DOCUMENT_TOKEN_TO_BE_REPLACED 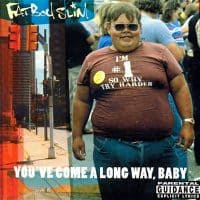 Alright … this needs a lot of context. English electronic music artist ‘Fatboy Slim’ released his ‘You’ve come a Long Way, Baby’ album in 1998. Its cover art was a photograph of an attendee at the 1983 ‘Fat People’s Festival’ in Danville, Virginia. And perhaps due to its ‘heritage,’ the album’s cover was changed to an image of a bookshelf for North American listeners. But the rest of the world got to bask in its magnificence.

So what is particular about this photograph? The subject is a larger than average human (as you would expect noting where it was taken). And he is wearing a shirt emblazoned:

I am not writing this as a commentary on human value versus instinctive stereotypes. Far from it. There are plenty of people who are ‘better than all others at something’ that do not have sleek chiseled physiques. END_OF_DOCUMENT_TOKEN_TO_BE_REPLACED 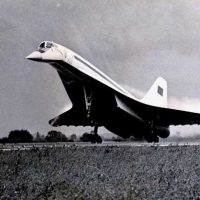 I was recently talking with my colleague Fred Schenkelberg from FMS Reliability (this conversation can be heard here), about a plane that he had never heard of. Most of the world hasn’t heard of it. And there is a reason you probably haven’t either. The plane in question is a case study on how to design something to fail.

END_OF_DOCUMENT_TOKEN_TO_BE_REPLACED 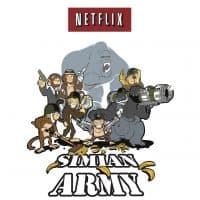 There is no question that standardizing processes, techniques and best practices has contributed greatly to technological evolution. Just writing down or passing on what has worked well in the past helps anyone’s learning process. But there are many problems associated with this approach when blind obedience kills critical thinking.

END_OF_DOCUMENT_TOKEN_TO_BE_REPLACED

When is the biggest ‘improvement’ in the reliability of a new ‘type’ of product? This is a very broad question with no doubt lots of answers that aren’t wrong. But what we do know is that the more experience we have with building something, the more reliable it gets. And this effect is most marked at the start of the product’s life. END_OF_DOCUMENT_TOKEN_TO_BE_REPLACED

InnoCentive CEO Dwayne Spradlin wrote in this article about how many companies in a rush to develop something new and innovative try to solve a problem that they want to solve rather than the problem the customer wants to be solved. He quotes Albert Einstein who once said

If I were given one hour to save the planet, I would spend 59 minutes defining the problem and one minute resolving it.

END_OF_DOCUMENT_TOKEN_TO_BE_REPLACED 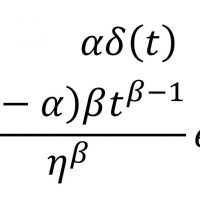 Imagine you are not feeling well and you go to a doctor. When you sit down in the doctor’s office, he doesn’t even look at you. Instead, he has a book opened on the desk and starts reading it aloud. You sit there without being examined, listening to a list of medicines, activities, exercises and diet changes. The doctor then looks up and says that you need to do all of them. Take all the medicines. Change all your activities. Start doing all the exercises. And completely change your diet. END_OF_DOCUMENT_TOKEN_TO_BE_REPLACED 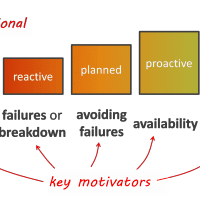 In the late 1970s, Hewlett Packard was a company that valued quality compliance, certification and awards. But the then Chief Executive Officer noticed a problem. He (on a hunch) initiated an analysis of ‘quality related expenses.’ He wanted to quantify the cost of defects and failure. The results were terrifying. END_OF_DOCUMENT_TOKEN_TO_BE_REPLACED

In 1995, the United States Department of Energy (DoE) funded research into Princeton University’s Plasma Physics Laboratory (PPPL). PPPL was developing plasma fusion techniques, and the research in question focused on quality assurance within the laboratory. It was investigating the utility of a new type of quality assurance: on that was performance-based. END_OF_DOCUMENT_TOKEN_TO_BE_REPLACED